Jeffrey has sent me several questions. I wanted to answer one of them today. This is the first one:

I am very interested in things that people celebrate in different cultures (festivals and holidays).  What are some of the best that are celebrated in Finland? What are some that may be unique to Finland?

Thank you for the question Jeffrey. I cannot think of any festivals or holidays that are just uniquely Finnish other than Finnish Independence Day that is celebrated December 6. Finland got its independence from Russia in 1917. It is a low key holiday that includes lighting of  candles inside and outside and tar candles outside. 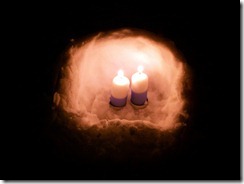 Finns huddle by their televisions to watch the Independence Day ball at the presidents castle that includes the who’s-who of Finnish celebrities and politicians. We chat about people’s ball gowns, 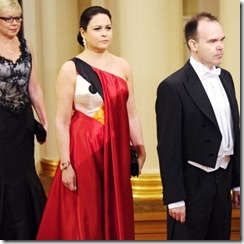 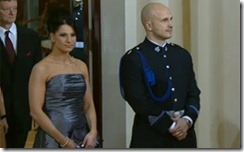 and watch people trying not to pass out as they shake the president’s hand. 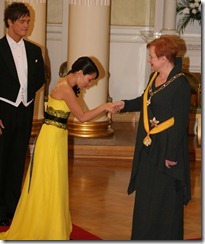 Another holiday of note, while not uniquely Finnish, is Vappu (May Day). It is celebrated on May first and second. It is the holiday of students, working class and children. I have been known to refer to it as “the most vomit smelling pee soaked of all the Finnish holidays.” This year I had to be “pee police” at my church for a three hour prayer meeting. It was an endless stream of people attempting to urinate on the church steps, the front steps. I would chase them off only to have the same people try to do it a short time later all over again. I am a little bitter about Vappu I admit. There is more to say but I will leave it at that. 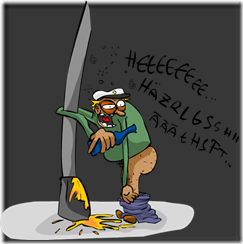 Another is Juhannus (Midsummer’s Eve or summer solstice). It is also celebrated throughout northern Europe. Finnish people like to go to lakes and make huge bonfires and stay up all night as the sun barely dips below the horizon and if you are in Lapland it does not set at all. 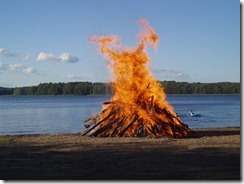 That is all I can think of, for now. Hope it helped. I will answer another one of Jeffrey’s questions next week. I will try to cover other holidays over time, in greater detail as they become current.

Posted by Skeptigirl at 9:51 AM

Skeptigirl
Tampere, Finland
I am a young woman getting old enough that calling my self a girl is starting to become a stretch. I live in Finland. I like skepticism. To me skepticism is not about refusing to believe but asking questions and looking for answers. Never accepting the established answers just because they are established but figuring it out for yourself. Questions: skeptigirl.blog@gmail.com